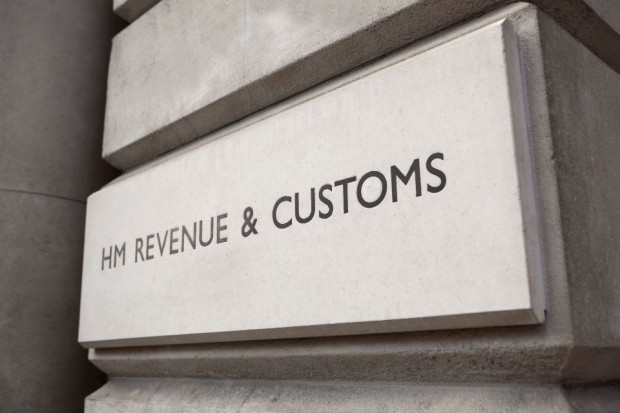 The Government has announced that it is extending the current temporary level of the Annual Investment Allowance (AIA) of £1,000,000 by one year covering 1 January to 31 December 2021; the legislation will be introduced before the end of the financial year. This extension gives enhanced tax relief and simplifies taxes on plant and machinery expenditure, as well as providing businesses with upfront cashflow support during continuing COVID-related uncertainty. From 1 January 2022, the AIA will revert to £200,000 per annum. You can find out more about the AIA on GOV.UK.

The Government has published a Summary of Responses received on the call for evidence on Raising Standards in the Tax Advice Market on GOV.UK.

The call for evidence recognised that we need to raise standards in the tax advice market and ensure people have access to good quality advice.

Next steps were published alongside the Summary of Responses which includes a consultation on the requirement for all tax advisers to possess appropriate levels of professional indemnity insurance. The consultation, expected next year, will also seek feedback on the definition of tax advice and the type of activities that should be included.

HMRC is taking further action to tackle promoters of tax avoidance schemes by introducing a new package of measures. These will disrupt the business model of offshore promoters, directly tackle the secrecy on which promoters rely, disrupt the economics of tax avoidance by ensuring that promoters face financial consequences and give HMRC additional powers to act against companies that continue to promote schemes.

The Government announced at Spring Budget 2020 a consultation to tackle abuse of the Construction Industry Scheme (CIS). A consultation document was published 19 March 2020 setting out proposals.

HMRC has published a Summary of Responses and the draft legislation which will tackle false claims being made to HMRC. The legislation, and supporting regulations, will give HMRC the power to amend the effect of certain CIS deduction claims on employer returns. Other legislative changes include modifications to the current rules on the cost of materials, deemed contractors and an expansion to the scope of the CIS false registration penalty.

The Government will continue to consider any future supply chain measures in light of the information received from this consultation, as well as other changes to the CIS scheme to protect against fraud and abuse.

The measure is published on GOV.UK alongside details of the draft legislation, and the Summary of Responses. The Government welcomes comments on the draft legislation by 7 January 2021. If you would like to provide a response, please email cisconsultations@hmrc.gov.uk.

The changes to the CIS will be legislated in Finance Bill 2021 and apply from April 2021.

In July, the Government published ‘Building a trusted, modern tax administration system’. As part of this we announced a progressive extension of Making Tax Digital (MTD), notifying our intention to consult later in the year on the design of what the MTD system should look like for Corporation Tax (CT).

We remain committed to extending the associated benefits to businesses that have incorporated to become companies. As businesses increasingly embrace digital ways of working, we have today launched the consultation on the design of MTD for Corporation Tax (CT). This consultation will remain open for 16 weeks. Further information can be found on GOV.UK.

We invite views and engagement through various methods, including via email and post (contact details for this can be found in the consultation document). We will also be conducting a series of virtual events to understand the views of those who may be affected by MTD for CT or who have a direct interest in the consultation and further details will be available shortly.

The Government has published a Summary of Responses to the Plastic Packaging Tax consultation which closed in August 2020 on GOV.UK. The summary document confirms positions on the detailed design and implementation of the tax.

Alongside the Summary of Responses, the Government has also published draft primary legislation for technical consultation, explanatory notes, and a Tax Information and Impact Note. You can view these documents on GOV.UK.

The Government is publishing its response to the recent consultation on the rules on Hybrids and other mismatches, which includes several proposed changes to the legislation. The Summary of Responses and draft legislation relevant to some of the proposed changes can be found on GOV.UK.

These changes are intended to ensure that the UK’s hybrids rules are appropriately targeted and proportionate, with the benefit of three years of UK experience since the rules came into effect; and taking into account the international landscape as other jurisdictions implement the relevant recommendations from the OECD’s Base Erosion and Profit Shifting (BEPS) project.

The Government welcomes comments on the draft legislation by 7 January 2021. If you would like to provide a response, please email mailboxhybrids@hmrc.gov.uk.

At Budget 18 the Government announced that a cap set at 300% of a company’s PAYE/NIC liability would be applied to payable credit claims. The Government has consulted extensively and has now published the draft legislation for this measure, and a Summary of Responses can be found on GOV.UK  The Government welcomes comments on the draft legislation by 7 January 2021. If you would like to provide a response, please email david.harris@hmrc.gov.uk or yasmin.achha@hmrc.gov.uk.

The changes to R&D SME tax relief will be legislated in Finance Bill 2021 and apply from 1 April 2021.

HMRC has published its response to the consultation on the tax impacts of the withdrawal of LIBOR. Draft legislation has been published to ensure that where the tax legislation makes reference to LIBOR, it continues to function as intended after the end of 2021. HMRC has also published guidance setting out its view on the taxation implications for business and individuals of changes to financial instruments in the context of reform of LIBOR and other benchmark rates.

The Government has announced its intention to make a technical change to the legislation relating to the off-payroll working (OPW) rules in the next Finance Bill. This corrects an unintended widening of the definition of an intermediary for the purposes of the rules. It will ensure that the legislation operates as intended from 6 April 2021 for engagements where an intermediary is a company.

Customers who are a medium or large-sized non-public sector organisation, or a contractor, need to start to prepare for the changes to the OPW rules, which will come into effect on 6 April 2021. HMRC recently published technical guidance on GOV.UK about how it will apply the legislation in practice. There is also a range of education and support resources already available on GOV.UK to help to ensure customers have time to prepare for the changes when suitable for them.

To give affected businesses time to prepare, the government is delaying, until April 2022, the implementation of a new requirement for large businesses to notify HMRC where they have adopted an uncertain tax treatment. It is right to tackle the tax gap in this area, and important to get the detail right. Further consultation will ensure the final design tackles the tax gap in a proportionate and effective manner whilst keeping administrative burdens to a minimum.

On 21 July, the Government committed to publishing calls for evidence on Timely Tax Payments and a Review of the Tax Administration Framework. Given the continued pressures of the COVID-19 outbreak, and with other consultations in progress, the Government will now publish these documents in Spring 2021.

In 2017, the Government made a commitment to review the exemption for sugary milk and milk-substitute drinks from the Soft Drinks Industry Levy (SDIL) by 2020. The Government has been clear that if industry does not make enough progress on voluntarily reformulating these drinks, the Government may extend the SDIL to include them. In light of Public Health England’s latest reformulation report (published earlier this month) that shows good progress has been made in sugar reduction of milk-based drinks, the Government will next consider the exemption for sugary milk and milk-substitute drinks in 2022 after the full reformulation programme completes.

This blog is no longer being updated.